My manual air pump is part of a plan of survival. 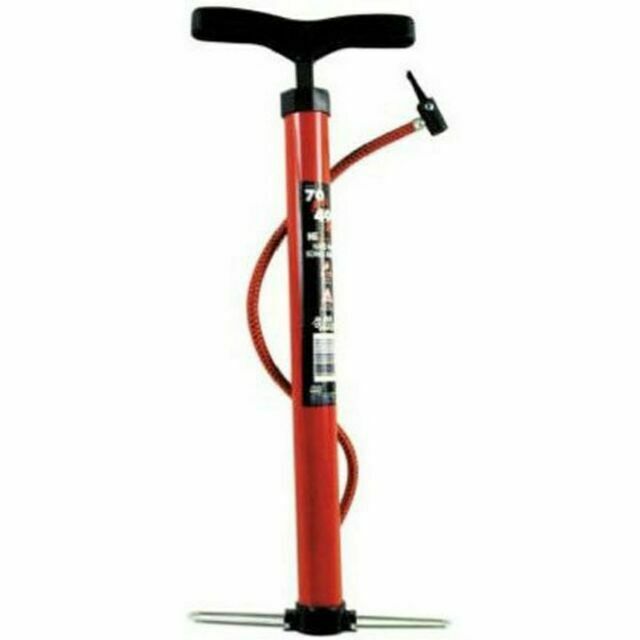 Certainly, scientific developments or technologies ease our life, reduce geographic distances, improve our health, and lengthen our life expectancy, however we still have question they cannot answer. Besides, only three of the seven most industrialized appear among the 20 countries with the highest life expectancy. Unfortunately, a blind dependency on technologies can lead to neglect details that our life depends on.

I have been walking two miles from a store with, hanged in my hands, a basketball, and a manual air pump. An automobilist, visibly happy of my purchase as the summertime is coming up, slows down and addresses to me, “you would have taken an electric pump! Less effort! no?”. In response, I raise my hand, with my mechanical device brandished, and say, “this one is the best one”. Few minutes later, still on my way home, it comes to my mind to wonder what did the encounter mean by buying an electric pump rather than a manual one? Then, I begin thinking about the extent of which my response fit in the context of the brief interaction. This is how I dwell on the sense of the three most important couple words from the exchange: “electric pump”, “less effort” and (the) “best one”.

Electric pump. The automobilist’s statement, taken literally, is simple and clear. Unlike with the manual one, by using an electrical pump I would not have to exert physical force to inflate my ball. Certainly, a pump, whether manual or electric, forces air into inflatable objects, like my basketball. However, there are two main differences to take in account. First, the manual pump requires physical energy while the electric one works with electrical energy and does not necessitate to press on.

Less effort. The second variance is stated by the passenger himself; there is no physical “effort” when using an electrical pump, that means that our muscles are not put into action, and we waste no energy. Is it normal in 2021 with technology prevents us from coping with toughness by providing machines to ease our life, although they lengthen distance between human and their environment and between human from another? Let do not forget the third couple word, (the) “best one”.

The best one. He who would interpret that my statement meant that manual pump has no equal would be right until I had the opportunity to clarify my position. I wish I completed my answer with, “for what I bought it for”, especially after pumping my ball in the backyard, impatient to throw my first shot to the basket. Indeed, manually pumping a ball or anything is a physical activity involving the entire body, including the superior members and the back. Sure, it can be tiring if it lasts, but what I retain is the perspiration, the faster rate of my heartbeat and my enthusiasm while and after doing it. I even plan to flatten the ball from time to time so I can repeat the experience.

In fact, I bought both sport materials as part of my fitness plan. I want to drop the 33 pounds I got during the shutdown as well as the seventeen that I had already judged excessive before the pandemic. Then, I have no reason to grab an electric pump that would prevent me from enjoying a happiness time. In addition, I have a long-time relationship the manual air pump which roots in my childhood. Not only it is the first one I saw, but it was also used to draw me from trouble with my three tires bicycle when becoming a teen. Moreover, it takes to consider the economic aspect of the question as the trend to opt for an electric pump makes the manual one cheaper. What could be better in this lean period?

My interlocutor may design me as a backward guy or just wanted to call my attention in case I did not know about the electric pump. In my case, my choice is conditioned by my need in this very moment. There is no rush, and my goal is to insert ordinary things into my daily fitness plan so I can keep it over time. Certainly, scientific developments or technologies ease our life, reduce geographic distances, improve our health, and lengthen our life expectancy, however we still have question they cannot answer. Besides, only three of the seven more industrialized countries appear among the 20 countries with the highest life expectancy.

My point is that a blind dependency of scientific developments or technologies can lead to neglect details that our life depends on. My manual air pump is part of a plan of survival.